Welcome To The Next Level

Hidden_Slayer / Nov 12, 2014
Riots League of Legends is undergoing various changes as it’s fifth season approaches. Advancements are being made to many champions, visually and physically. Riot seems to be upping their game - the first of these changes being a revision of their patcher. This step set the basis for an approaching Season Five. In addition to the champions being adjusted, many modifications have been made to the game. Some of which are:

Jungle
-Baron buff changed significantly
-Dragon no longer gives global gold, instead stacks
-Red Buff changed significantly
-Still Waters (power-up) added
-Smite grants you bonus XP and gold + unique bonus.
-All Jungle Items removed except for Hunter's Machete (stats changed as well)
-Hunters Machete can only be bought if you have Smite as a spell
-Hunters Machete builds into four additional items (that can be enchanted)

Major changes have been stated above, but Riot isn't stopping there as they promise more to come! The new version of Summoners Rift has already been released. The real question is, are these variations pleasing the League community?

Like it's name suggests, Advanced Warfare is set in an alienated future. The new Call of Duty game presents exoskeletons that give players a variation of abilities and skills, adding a new form of strategy to the adrenaline rushing combat. The exoskeleton offers movement techniques such as Boost Jump, Dodge, Boost Slide, Slam, and Dash. Each of these capabilities adds a fundamentally different type of play-style to the game. The exoskeleton also supports tricks and abilities ranging from Invisibility to a tactical wrist-launcher...Mastering the battlefield (no pun intended) is no longer just a show of reaction time and weapon control, but now requires maneuvering techniques that are increasingly hard to use.

As a result of these exo changes, Call of Duty's maps have been directly influenced. Each map, set in a different type of climate allowing you to use your exo suit as much as possible through the twisting terrain and unbelievable setups.

Perks and customization have also been changed for the better. Using the Black Ops 2 'Pick 10' idea, Advanced Warfare offers a 'Pick 13' allowing you to modify your arsenal with extreme caution. For the first time in CoD history Score Streaks have been added for modified functionality and behaviors. To test your load-out a Virtual Range that can be switched to between games, or before the create-a-class menu. As if Call of Duty hasn't changed enough, another amazing feature was thrown into the mix - create-an-operator. This lets you customize your character down to the very last detail. Sharing your changes and customizations is easy with the new Virtual Lobby. Other players can see exactly how you contrived your operator. The sequel all Souls fans have been waiting for, Bloodborne! From Software is developing their new game that all RPG players should be aware of. Recently, From Software released Dark Souls II, a captivating, dark and dreary RPG that received stunning results on various platforms. They intend to do it again, with the new PlayStation 4 Exclusive. Bloodborne features modern weaponry, along with old-fashioned fighting styles. Combat differs from that of it's predecessor - players are to keep a fast paced movement set, and an offensive approach is far more efficient. The game's arsenal is also, far more advanced. Screenshots were leaked over the internet far before the game's official release. But during the E3 2014 (Gaming) Convention videos of the game being played surfaced. Since then, recorded gameplay has shown up multiple times. The game is still in its Alpha stage and we are awaiting any further news... 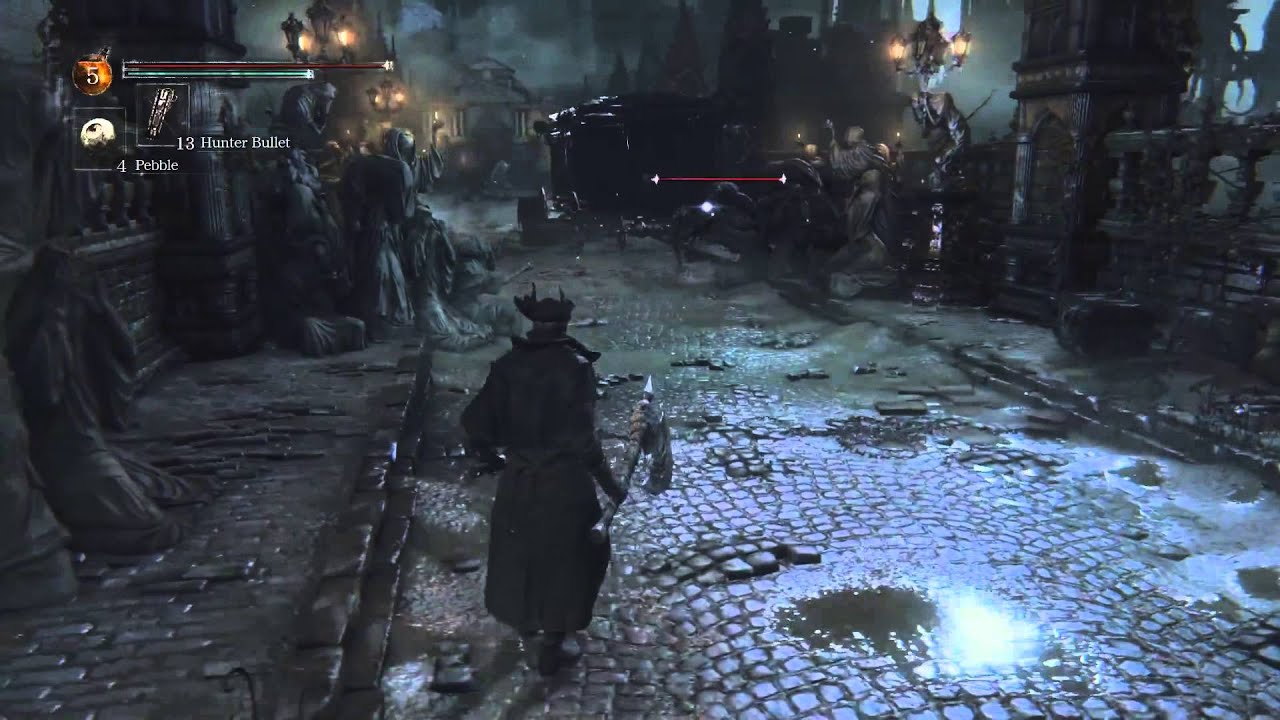